From our office in Launceston, The Home Engineers provide domestic structural engineering services throughout Devon and Cornwall.

We offer a full range of structural engineering services; whether you are removing a load bearing wall or building a new housing development, The Home Engineers has a team of Civil and Structural Engineers who endeavour to provide an efficient and cost-effective design solution.

The Home Engineers Ltd. is a unique Engineering Consultancy which is primarily dedicated to providing engineering services associated with domestic house alterations and the residential sector. 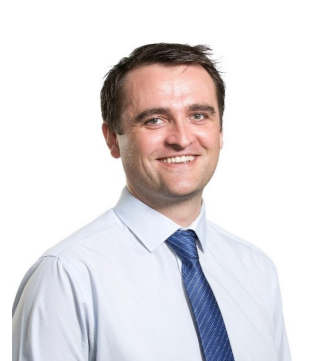 About Our Structural Engineer in Devon & Cornwall

The Home Engineers (South West) is based outside of Launceston, Cornwall and is managed by Daniel Patton BSc BEng.

Daniel graduated from Newcastle University in 2006 with a BSc in Surveying and Mapping Science and commenced work offshore in the Oil, Gas and Renewable industry. Daniel worked internationally on oil & gas rigs, cable lay and construction vessels where his duties included performing dimensional control surveys, providing subsea navigation capabilities to Remotely Operated Vehicles (ROV’s), setting out of well heads and other subsea structures and plotting the position of subsea High Voltage Direct Current electricity cables spanning between countries. During this time, Daniel worked with many of the larger organizations within the sector such as BP, Shell, ABB, Nexans, Eon and Centrica.

In 2015, Daniels keen interest in architecture, engineering and domestic renovations resulted in him pursuing a career in Structural Engineering. He commenced a BEng in Civil and Structural Engineering at Teesside University whilst working as an assistant/structural engineer at Patrick Parsons Consulting Engineers. During his time at Patrick Parsons, Daniel was fortunate enough to work on a wide range of structural engineering projects from domestic extensions, large housebuilder residential schemes, temporary works designs, footbridge designs, historic conservation works, agricultural buildings and a large whiskey distillery!

Daniel joined Fairhurst Engineers Ports and Harbors division in March 2020 and following his BEng (Hons) 1st Class, he transferred to Fairhurst’s Structural Engineering department where once again he was fortunate enough to work on a wide range of interesting projects. During this time, Daniel was also awarded the prestigious Tees Transporter Bridge Award for work carried out during his studies at Teesside University.

In September 2021, Daniel moved from the North East of England to Cornwall in the South West to be closer to family. This coincided with The Home Engineers (North East) plan to expand nationally and it was agreed that Daniel would open the first office outside of the North East.

Since opening, Daniel has been busy making contacts across Cornwall and Devon and has already carried out works in Plymouth, Polzeath and Launceston.

Outside of work Daniel spends most of his time with his wife and two young children hoping to make the most of Cornwall’s beautiful outdoors.

Take a look at our range of testimonials from our past customers below.

We were recommended Home Engineers by friends and they have been fantastic. Dan took the lead on helping us understand what was needed to make our vision a reality. We are now in full flow and excited for the renovations to get going. Thanks Dan.
Nick Dell'anno
The drawings and details provided for the works at Wildways was impressive and Daniel was exceptional in providing a rapid response.
Kevin Derry – Gynn Construction Ltd, Polzeath
Many thanks for replying so quickly. I wasn't expecting this soon. I would like to thank you and also express how pleased I am with your excellent work. I will surely recommend you to others in the future.
Tracy Ewing, Tavistock

Our structural engineer generally covers the whole of Cornwall and most of Devon. We are willing to travel, although the costs of site visits increase in line with the distance away from our office in Launceston.